Do you Really Know The Founders Of Biotechnology ?

What Is Biotechnology ?
Biotechnology can be defined as the use of living organisms, biological processes and application of systems to manufacture the products with novel capabilities for human and social welfare.

How this science (Biotechnology) is came in to existence? Or about the old Biotechnology....

Biotechnology Science is not of recent origin, but indeed this science came in to the existence when the Agriculture became the dominant way of food production theorized since the Neolithic revolution. The technique utilized by the formers of that period can be considered as the earliest possible approach of Biotechnology which also defines the Aim of Biotechnology Science (Production for human and social welfare). During that period to support the growing population farmers started to select the best suited crops which had the highest yield and quality last time. Growing those crops together or breed them at different places introduced the crops with a new environment and thus alteration in the genetics takes place, which is the first form of Biotechnology (Genetic Changes). 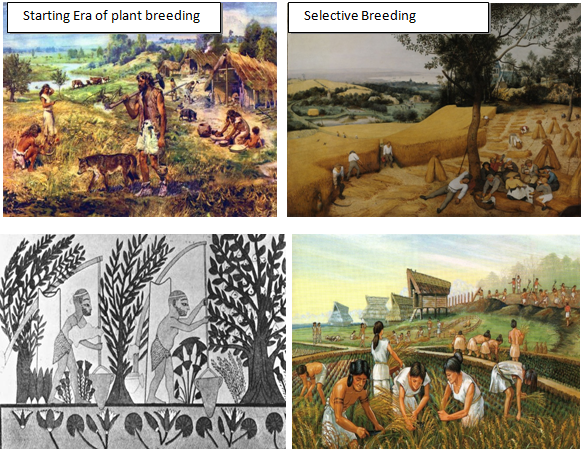 Another example of the earliest mean of Biotechnology application is the fermentation for the production of beer and wine. The use of fermentation is also existed since the Neolithic and documented as from 7000-6600 BCE in China, 6000 BCE in Georgia, 3150 BCE in Egypt, 3000 BCE in Babylon, 2000 BCE in Mexico and 1500 BCE in Sudan but till this period the scientific nature of fermentation was unknown. Later on in the middle of the 18th century Louis Pasteur (1822-1895) showed by various experiments that initiation of fermentation involve the micro-organisms. In 1857 he told that living organisms are involved in the lactic acid fermentation. 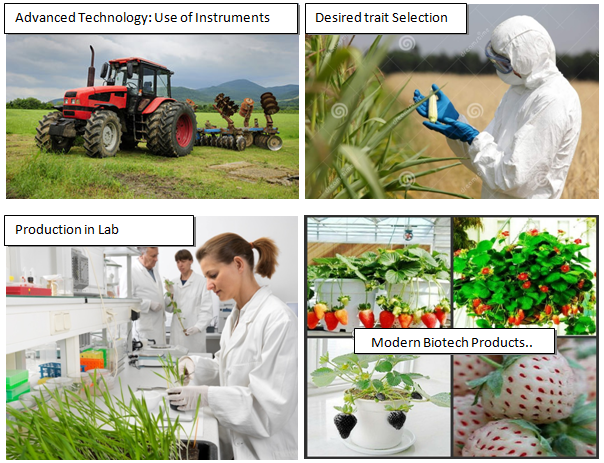 After some time (1860) in an experiment he demonstrated the reason for souring of milk before his demonstration it was thought that souring of milk is a chemical change. Thus for his prominent work Louis Pasteur is considered as the Father of Biotechnology as well as Microbiology. But still the term Biotechnology did not came in the existence. Later on Robert Bud in 1989 disclosed the fact about the “Father of term Biotechnology” and told about the Hungarian agricultural engineer, Karl Ereky.


About the Father of Term Biotechnology (Karl Ereky)


Karl Ereky was born in Eztergom, the old capital (10th to mid 13th century) of Hungary on 18th October, 1878. Eztergom is situated on right bank of the river Danube. His childhood name was Wittmann Karoy, which was changed in 1893 to Ereky. Ereky (Wittmann) Istvan was his father while mother name was dukai Takacs Maria. Ereky has three brothers, Ereky Jeno, Ereky Ferenc and Ereky Estvan.
His brother Ereky Istvan was a well known lawyer and member of the Hungarian Academy of Sciences on the beginning of the 20th century and also the professor over there. Ereky obtained his degree technical engineer from the Technical University of Budapest. Until 1905 he worked for the several organizations and was involved in the designing of machines for paper and food industry in Vienna, Austria. After that he joined the Jozsef Technical University as Assistant Professor. He has more than one hundred publications. In 1919, his classical work “ Biotechnologie” defined the new discipline. Book achieved the great success with several thousand copies sold with few weeks. In October 1919 when Ereky himself was briefly minister of nutrition, there was a review by the country’s leading periodical dealing with agriculture, “Koztelek”, by the director of the Experimental station of Animal Physiology and Feeding, Istvan Wieser . In 1920/21 “Biotechnologie” earned further recognition in Netherlands and England. A Dutch editor asked Ereky to permit a Dutch edition of his biochemical studies.  In March 1921 letter from the “Experimental Department of the Agricultural University of Cambridge”, Expressed high esteem. Nearly three decades later, in 1947, the Biotechnologie of 1919 was being cited as Ereky’s crowning scientific achievement. After the World War II the last news reporting about Ereky is a subsequent enigma for the proterity. In Sepetember 19 of 1946 Karoly Ereky was condemned to 12 year of prison by the People’s Tribunal Being guilty because of “his counter-revolutionary role in the public life during and after the fall of soviet-type communist Council Republic” in Hungary (1919). His memory was obliterated. Not until the year 2000 was even his death formally confirmed to his relatives. During the last eight year in the prison, Karoly Ereky died at the age of 74 years, on June 17, 1952.